Anya Davidson brings a unique wealth of experience along with a diverse background and skill set to her comics making practice.  A graduate of the School of the Art Institute of Chicago, an experienced print-maker, and a veteran of six years performing with the Chicago-based band, The Coughs, she has been regularly publishing small batch, hand printed comics and zines for over a decade.  Her work often pairs the work-a-day world with the world of fantasy (especially science fiction), in the process blending quotidian personal concerns together with tropes of fantastic literature.  The result is a novel hybrid form of comics, but one which despite – or perhaps because of – its innovation remains firmly grounded in an essential humanism.  Her most widely distributed works are the hardcovers, School Spirits (PictureBox; 2013) and Band for Life (Fantagraphics; 2016).  Each of these collects a series of short pieces to reveal an inner organic unity that enables the works to double as graphic novels.  Her most recent release is Lovers in the Garden, a full color, one-shot, comic book from Retrofit/BigPlanet that takes readers back to 1970s NYC for a “ B-movie” romp featuring love & drugs, dealers & dopes and cops & robbers.

Check out her work on her Tumblr and get a sense of where she’s coming from in this recent interview with Dan Nadel on TCJ.

Lane Milburn was a founding member of the Closed Captions Comics cooperative that came together in the mid-00s at the Maryland Institute College of Art (MICA) and was later centered in Baltimore, MD.  Closed Caption Comics was a loose knit group of comics makers that also included Noel Freibert, Erin Womak, Ryan Cecil Smith, Mollly O’Connell, Molly Goldstrom, and PIX 2016 special guest Conor Stechschulte that produced nine anthologies under the CCC banner as well as innumerable individual works by the respective artists working alone or in tandem.  These latter works were for the most part hand printed small batch pieces that were notable for grafting a hand-crafted feel into the comics making process.  Milburn’s The Mage’s Tower (2008) was a standout in this regard.  Milburn went on to collaborate with Pittsburgh’s Frank Santoro on a pair of Cold Heat Specials, and self-publish Death Trap, a collection of short pieces, along with several other small batch self-published comics, before creating the science fiction epic graphic novel, Twelve Gems, that was published in 2014 by Fantagraphics .  He has continued to make innovative use of genre comics tropes and conventions in comics such as Spectral Worlds and more.

Take a moment to check some of it out on his Tumblr!

PLEASE NOTE:  Ed Piskor’s primary appearance at PIX 2017 will take place on the evening of Saturday, April 8 at the opening of his exhibition at The ToonSeum.

Jim Rugg is a comics industry legend based here in Pittsburgh, PA.  A tireless technical innovator, Rugg has steadily added to the visual vocabulary of comics, creating new ways to present and contextualize space and time with his game-changing use of Photoshop and over-the-top dynamic layouts.  A long-time professional illustrator and designer, Rugg first gained wide attention for his comics work in 2004 with his original Street Angel series from Slave Labor Graphics.  While Rugg went on to do many high profile jobs for DC, Dark Horse and Image, he is best known for his original, creator-owned work, largely published by AdHouse Books and frequently done in collaboration with writer pal, Brian Maruca, which include the hardcover Street Angel collection, the graphic novel Afrodisiac, his series of Notebook Drawings, and his turbo-charged compendium, Supermag.  Things are now coming full circle in 2017, with the Image Comics release of the first in a series of all-new, original Street Angel stand-alone hardcovers:  Street Angel After School Kung Fu Special.

All things Jim Rugg can be found at jimrugg.com.  Follow Street Angel online at Webtoons – with weekly updates!  And here’s Jim’s TCJ interview with Kristy Valenti.

SPECIAL ANNOUNCEMENT:  Street Angel After School Kung Fu Special will premiere at PIX 2017!  Only a limited quantity will be available, so please arrive early if you are interested in snagging a copy at the show.

Carol Tyler is an eleven-time Eisner Award-nominated cartoonist widely heralded for her autobiographical stories.  Since first being published in Weirdo Magazine in 1987, she has gone on to produce a unique body of work that emphasizes empathy and humanity while simultaneously constituting a series of innovations in alternative approaches to comics story-telling.  A good chunk of this is available in her 2005 collection, Late Bloomer.  Her masterpiece is her family history trilogy, You’ll Never Know (later collected in an omnibus titled, Soldier's Heart), that conveys her father’s  – and mother’s – experiences during WW II and brilliantly conveys how these experiences shaped her parents’ lives, the family she grew up in and her own life as well, and in the process creating a singular work in the vast literature of WW II experiences.  Currently working out of Cincinnati, OH, she teaches a class on comics, graphic novels and sequential art at the University of Cincinnati College of Design, Architecture, Art, and Planning.  She was declared a Master Cartoonist at the 2016 Cartoon Crossroads Columbus Festival at the Billy Ireland Cartoon Library and Museum, in recognition of her contributions to the medium.

You can get a glimpse into her world by reading this far ranging Comics Journal interview conducted by Chris Mautner.

Lale Westvind is a beacon of self-publishing and a veteran of small press comics.  She has self published many small batch comics, among them Titus and the Cyber Sun, Hot Dog Beach, Now and Here, Double Head Tour, and the just released Yazar and Arkadas.  Her stunning multicolor risograph, Hax, published by Breakdown Press in the UK, was one of the standout releases of 2016.   Her work has also appeared in numerous anthologies, most notably the latest Kramers Ergot (#9).  Her comics embody a deeply empathic exploration of the pictographic language of heroic fantasy and science fiction – one that is intent on discovering latent creative potentialities residing therein and then employing these to bring about a more perfect union between bodies and souls.

Be sure to make time to peruse her Tumblr – it's a WoW!

Willumsen is a Canadian comics artist and illustrator currently working out of Montreal.  While his illustrations have appeared in some pretty high profile places – such as Criterion Collection DVDs, just for starters – his comics work is less well known, primarily appreciated by other comics makers and the comics cognoscenti.   As such, however, it has had an outsize influence on the comics community at large.  His best known print comics work is likely his series, Treasure Island, published by Breakdown Press in the UK. He is also a dedicated proponent of straight up drawing, and has recently had two drawing collections published by Comics Workbook here in Pittsburgh.

Anyone unfamiliar with his work should immediately head to connorwillumsen.com.  Be sure to check out "Sunset People," it’s a wow!

Then head over to The Comics Journal to read his interview with Brian Nicholson, to get up to speed with the world of Willumsen.


Dan Zettwoch is one of the undisputed masters of hand-crafted comics making.  Working out of St. Louis, MO since shortly before the turn of the century – and often in cahoots with (then) fellow St. Louisans, Kevin Huizenga and Ted May, together with whom he co-founded the early online mini-comics outpost usscatastrophe.com –  Zettwoch is widely heralded for his unique layouts and cut-away comics diagramming.  He is the author of the graphic novel Birdseye Bristoe and his work has appeared in Kramers Ergot, Drawn & Quarterly Showcase and numerous other anthologies.  His collaboration with Mssrs. Huizenga and May,  Amazing Facts… and Beyond!, ran for several years in the St. Louis Riverfront Times, was published in a series of five self-published issues, and then was finally collected in a hardcover volume.  Zettwoch is a widely published illustrator and has also produced a substantial variety of hand-screened prints and posters (as well as painted at least one mural). His signature works are the hand-crafted comics that he has been slowly but steadily producing for over the last fifteen years.  Employing screen printing, special and unusual papers, fold-outs and more, comics like Ironclad, Tel-Tales, and his signature Redbird series each make for a unique, multi-layered reading experience.

There's tons to look at and plenty of comics to read up at Zettwoch.com! 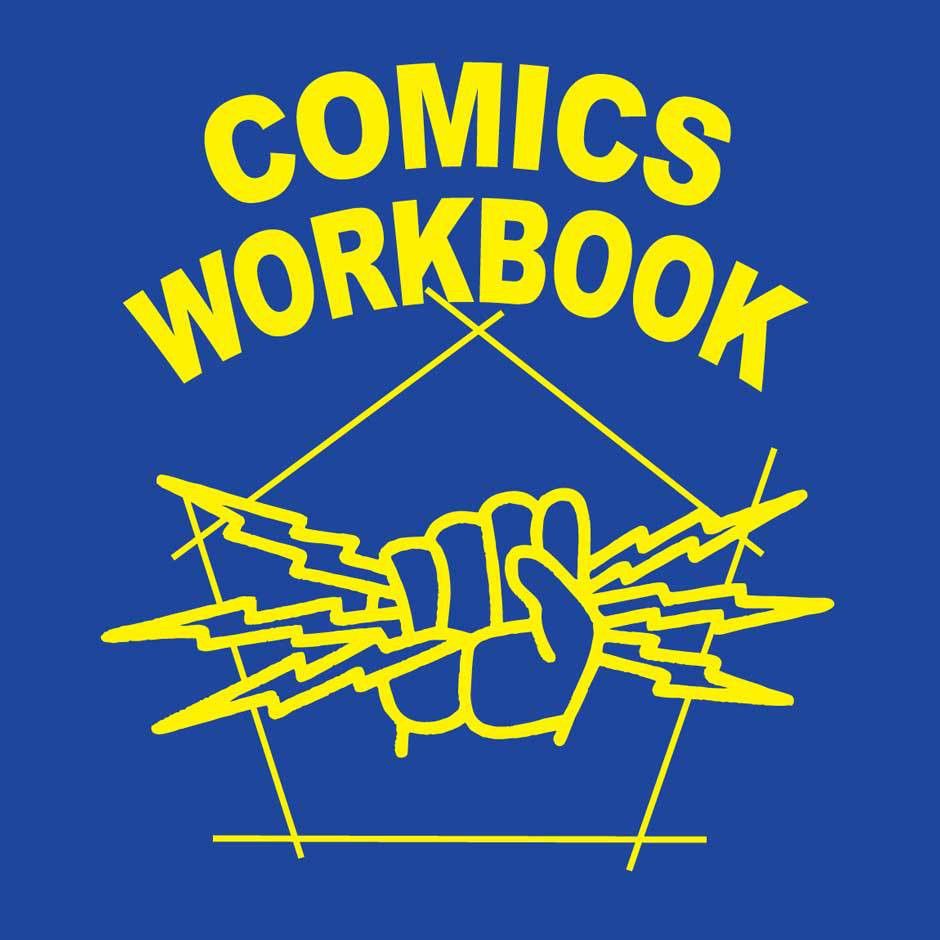 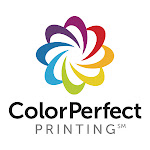